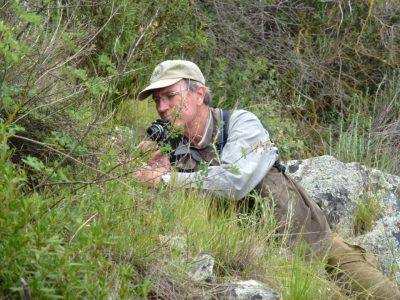 On June 29th, I had the pleasure of speaking with Ron Vanderhoff. One of the longest-standing members of the PlantRight steering committee, Ron offers a unique perspective and immense plant knowledge. Ron is uniquely qualified for this position because of how he straddles the worlds of conservation and horticulture. A foot in each world, Ron is the General Manager and Vice President of Roger’s Garden in Corona Del Mar, one of the largest and most renowned garden centers in the country. He is also the Vice President of the Orange County chapter of the California Native Plant Society (CNPS). He has held various roles within the CNPS chapter including plant science lead, rare plant and invasive plant program lead, and field trip lead. Additionally, one of Ron’s steering committee cohorts described Ron as “one of the best plantsmen in the country.”

Being hailed as an accomplished plantsman on this committee is no small feat, although, interestingly, when I talked with him I learned that Ron’s career actually began in the field of entomology. Ron explained to me that his work in entomology led him to learning about plants commonly used and visited by insects, and the more he learned about plants, the more intrigued he became. To Ron, all of these organisms were interconnected within their ecosystem and each was important, but when it came down to it, he was just more interested in plants than insects.

PlantRight is fortunate to have Ron on our Plant List and Steering Committees. His deep knowledge of plants and his understanding of both the conservation and nursery industries adds richness and perspective to our fabuous Steering Committee. He works both to stop the sale of invasive plants and to detect them early when they escape out into the wild. This is the level of awareness and prevention that we need on all sides of the problem in order to stop invasive plants in their tracks!