Cal-IPC leads the way in Planting Right in California 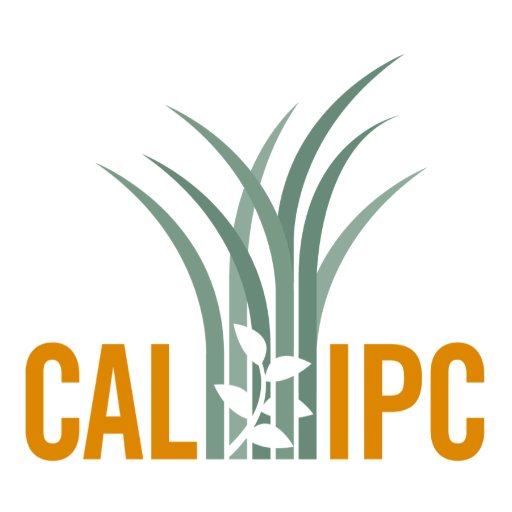 The 2019 California Invasive Plant Council (Cal-IPC) symposium in Riverside, CA was four days of showcasing the latest research, land management strategies, and technologies being used to track, deter, and remove invasive plants throughout California. The first day included a statewide meeting of the Weed Management Areas (WMAs) which have recently secured new state funding and are up and running with renewed strategy. The second and third days were filled with many wonderful talks, a poster exhibit, and plenty of opportunities to learn and network from and with the community. The final day of the conference allowed participants to choose from a selection of field trips.

The Cal-IPC symposium brings together all who are stakeholders in the invasive plant management world. There was a rich diversity in attendees from curious college students, to seasoned land managers, and many more from academia and not-for-profit-groups. There were also many local attendees from UC Riverside and UC Irvine as well as professionals and academics from as far away as Japan and the Netherlands.

PlantRight holds a unique position among these stakeholders by encouraging the reduction of sales of invasive plant species at the retail nursery level. This is important because almost half of all invasive plant species are introduced through the horticultural industry. Retail nurseries are the point of entry for many of these. Some examples are Mexican feather grass (Stipa/Nasella tenuissima), Periwinkle (Vinca major), and Yellow Flag Iris (Iris pseudacorus). These plants are  aesthetically beautiful,  yet invasive.

PlantRight draws on information sources such as Cal-IPC’s invasive plant inventory and Calflora’s plant distribution data to make decisions about which plants to include on our list. We also consult these sources to inform our non-invasive alternatives list. PlantRight retail nursery partners have taken PlantRight’s training course, and they are committed to only buying and selling plants that are determined to be non-invasive according to PlantRight’s list. Our trainings and partnerships along with changing trends in California have led to the successful reduction in sales of many species on our original list, now considered “retired” from the PlantRight list.

Current and retired species were highlighted by a number of talks and poster presentations at the symposium. There is on-going management of many species on the retired plant list including crystalline iceplant (Mesembryanthemum crystallinum) on San Nicolas Island as discussed by Denise Knapp of the Santa Barbara Botanic garden. Additionally, Ellen Hamingson presented on jubata grass (Cortaderia jubata) management in California’s national parks. Research also continues on plants from our active list. Morgane Gillard out of UC Davis focused her research on yellow flag iris (Iris pseudacorus) which recently spread to the brackish water of Suisun Marsh, a San Francisco Bay estuary. Gillard found that prolonged exposure to seawater did not impede the germination of I. pseudacorus seeds and that they recovered quickly from seawater exposure after being re-exposed to fresh water. In other words, the seawater did not slow down the spread of I. pseudacorus.

In addition to well-known invasive plants, there were many emerging invasive plants addressed at the symposium. During a talk titled “New Weed Alerts” by Cal-IPC’s Jutta Burger and CDFA’s Bob Price, there were ten weed species brought to the forefront. Ward’s weed (Carrichtera annua) is a problem particularly in San Diego. Sun spurge/wart weed (Euphorbia helioscopia) is an introduced species that has been found in coastal areas in California. Next there were two related species that are often confused for one another that were presented as a single weed alert. The two species are Tufted and Hairy Wallaby Grass (Rytidosperma caespitosum and R. penicillatum, respectively). More information about the distribution of these two grasses is being sought by Cal-IPC and CDFA to help determine their current potential for invasiveness.

Senecio leptophyllus is another weed that CDFA requested specimen for and which could use some more location data. Other highlighted weed alerts were for North African knapweed (Centaurea diluta); orange hawkweed (Pilosella or Hieracium aurantiaca) which is a big concern for Northern California; water lettuce (Pistia stratiotes) which is an aquarium escapee; Japanese knotweed (Fallopia japonica); and giant hogweed (Heracleum mantegazzianum). The last one on the list, H. mantegazzianum is not yet found in California, yet it is a particularly large and unpleasant plant. H. mantegazzianum can grow up to 15-20 feet tall, and its sap causes skin burns after UV exposure according to Bob Price of CDFA.

There were also presentations by members of PlantRight’s plant list committee. One such presentation was that by Ron Vanderhoff from the Orange County chapter of the California Native Plant Society (OC-CNPS). He shared his lessons learned from his Emergent Invasive Program. His advice to “find your niche” and try to be really good at just one thing resonated with PlantRight’s unique role in the invasive plant world.

There are many amazing and innovative ways that people in California are tracking and treating invasive plants and restoring the ecosystems that have been damaged by invasions. There is also an armory of online tools such as Calflora and iNaturalist that allow the public as well as scientists to contribute to the base of invasive plant knowledge throughout the state. Many organizations are not only tracking invasive plants but are also managing them through a variety of strategies. Formal and informal education on these topics are also available through various entities including but not exclusive to universities, non-profit organizations, local resource conservation districts, certain retail nurseries, and regional water districts. PlantRight is proud to be fulfilling its unique role in the education, data, and outreach fronts. PlantRight, along with the rest of our invasive plant management community, hope to encourage Californians to continue to plant right.